Avoid these indie publisher mistakes when your business becomes successful.

This week I had a large company introduce a new product to their offering. I have been a real fan of this company since they launched and have a lifetime subscription to their product. Up until now upgrades have been part of the my subscription, but they decided to offer more features for more money. This is not in their eyes an upgrade.

As a customer I don't think this is right so I didn't sign up for the new plan. I'm happy enough with the product I have or I was until their tech department screwed up the implementation. Due to several bugs in their system that weren't caught when they launched the new version my website suddenly had a live chat on it that could take comments from site visitors but wouldn't allow me to read the comments or see the email addresses of those who tried to use the chat.

The first evening of the upgrade, someone left a message for me.  I reported the fact to the Customer Support engineer and asked them to either let the person know that due to an error on their part or send me the name and email address of the person so I could contact them. They support rep didn't response for a day. In the meantime, you guessed it, another person left a message for me. I reported this too and requested the person's email so I could answer them.

The following day I get a cheerful message from support letting me know that the bug had been fixed and not to worry – there were no more messages in my message folder! I have no idea who left a chat message for me or how I could have helped them.

When I first started using this company they were a small startup. People loved their work and they are now a big company. This story illustrates the seven indie publisher mistakes that can cost successful authors their customers.

Successful authors sometimes think their success came from all that hard work they did to reach the thriving business they have. They forget that their success came from lots of people helping them. Don't be like the big guys, be like the big guys who don't think of themselves as successful yet but are still working hard to build their business and avoid the biggest successful indie publisher mistake of all. 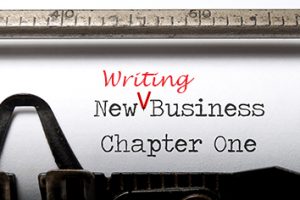 Plenty of writers believe that creative people are terrible business[...]

We respect your privacy. Your email address will not be shared or sold.

This site uses Akismet to reduce spam. Learn how your comment data is processed.